The massive explosion in Lebanon, Beirut 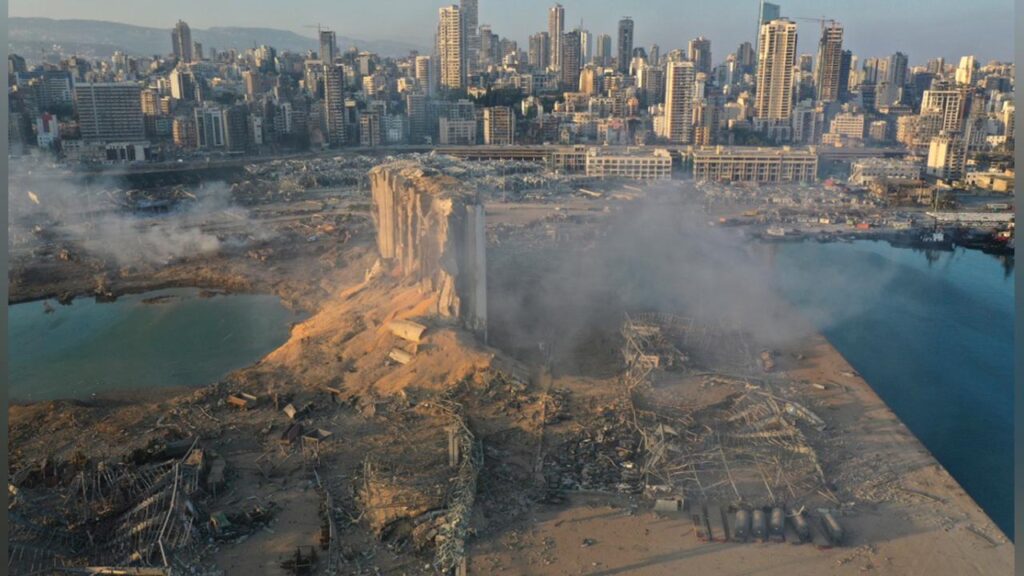 The massive explosion in Lebanon, Beirut

Why is the year 2020 so cruel to humankind? Since the start of the year 2020, we only hear bad news. What does this ominous threat reveal to us?  Is this any sign of the world end? Even the Corona Virus has not stopped yet, and then the Lebanon massive attack! And that has killed more than 100’s of people.

This big blast has taken place near the port of Beirut, sending up mushroom-shaped smoke all over the city. Unfortunately, the blast was felt up to 100 miles. The Prime Minister declared that there were 2750 tons of highly explosive bombs and fertilizers made of ammonium nitrate. Moreover, they have been stored since 6 years ago, without safety measures. Therefore this reason has been the principal cause of the enormous attack, which led to more than 5000 people injured. The Prime Minister has called for an investigation within 5 days. This will reveal more about the blast.

Number of deaths in the Lebanon, Beirut explosion

Undoubtedly, the death toll will rise, and now it has already passed 70 deaths. The number of wounded people is 7000 and above. With the rise of the death toll, still there are many people missing. The security forces are in search of the people who are missing. Many people are calling the emergency department in search of their loved ones, as the explosion took place at night, it was difficult for the emergency services to find them. It was a real catastrophe. A red cloud was up in the sky due to the blast. Images were released like people running for help, and many ambulances and military services were approaching. Firefighters were also missing, and it has reached more than 10 firefighters.

At the same time, the country was also in a phase of the declining economy. Unemployment also rose. Hospitals have announced there are more than 1000’s of injured people in each hospital and there was a lack of space to provide medication for all the patients. Most of the patients were unconscious. The Lebanese Red Cross implored society for blood donation on Twitter.

More news on the Lebanon Explosion

The US embassy announced the people to wear masks if they are available. Many buildings were damaged in terms of the explosion. Homes that were placed more than 10 kilometers were also damaged, so from this, you can imagine the strength of this specific explosion. Cyprus which is far away from Lebanon also felt the explosion. The apartments fell down horizontally bringing many homes and buildings entirely damaged. The officials announced that the Beirut port is fully damaged.  The port was the entry for the imports of Lebanon.

Responses about the Lebanon Explosion

Donald Trump, president of America, offered assistance and sympathy towards the Lebanon People of the terrible attack. But still, the Lebanon people do not call it an attack. They call it an explosion. The Americans think that this is an attack. Anyhow the US defense has declared that there was no indication of an explosion. The US said that they are closely monitoring the explosion and always ready to help the people.

The US Ambassador in Lebanon expressed the deepest condolences to the relevant families and victims of this great tragedy. Turkey, Qatar, the UK, and Spain are among the countries that helped Lebanon during this pandemic. We hope more countries will join to help the victims. By the way, you can get a clear idea about how the explosion took place through these videos. We pray to God for quick recovery, for all the people who have been injured and Rest in Peace for the people who died from this huge explosion.